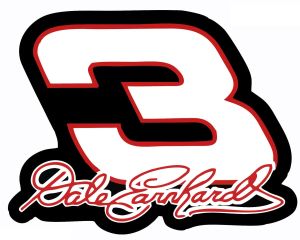 It is with great sorrow and heavy hearts we announce the passing of our father, Guy Robert Muckey.

Guy was born on September 26, 1958 to Donald Eldon Muckey and Marilyn Jo in California.

Guy Muckey attended Manzanits Elementary, Sequoia Middle School, and Newbury Park high school, and Moorpark College while also participating in the King of Glory Church youth group where he made many friends he still has today.

He made his career working for the United States postal Service for 36 years before retiring, he also enjoyed numerous post retirement jobs, his favorite being a school crossing guard.

In 1979 he married the love of his life Ina Louise Brown Muckey and they made their immediate home in Newbury Park then later down the hill in Camarillo where they lived for 38 years.

Guy was an avid sports fan; he loved the Bruins, Cowboys, Dodgers, and NASCAR. Dale Earnhardt was his main man and when Dale passed away Guy mourned his as he would a best friend.

He started an annual fishing trip for the boys every year to Gull Lake that happened every August for the last 30 odd years without fail. The trip included Brothers, fathers, sons, cousins, and best friends alike and it was my fathers favorite time of year.

Guy was a great family man, family meant everything to him. He would always remember birthdays, anniversaries, and would always strive to reach out to family to catch up on our big family’s busy lives.

After 11 fun filled years of marriage Guy and Ina were blessed with their first child Donald Eldon Muckey and Katie Leigh Muckey two years later, who are now 30 and 28 years old. He was an amazing father that strived to teach his children the important things in life, like being a proper Dodger fan, the importance of family, education, camping and enjoying nature, and how to properly tie a fishing hook, the trick to building a proper campfire and how to work on cars.

Guy has been welcomed in his next adventure by his mother and his brother Timothy Muckey and is survived by his children Donald and Katie and his father Donald and stepmom Donna, brothers Ronald, Theodore and Thomas Muckey and numerous aunts, uncles, cousins, nieces and nephews.

...Family in the care of Erin Arteaga, Funeral Director