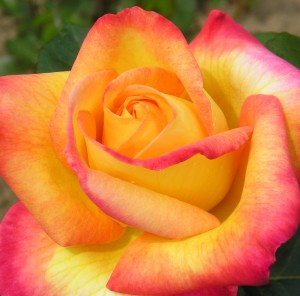 Joan Riggs Lipking of Santa Rosa Valley, passed away peacefully in her home November 14, 2021 at the age of 93. Joan was born Oct. 5, 1928 in West Los Angeles, CA to George and Virginia Riggs of Oxnard California.

Joan graduated from University High School West Los Angeles, California where she went on to become a dental assistant to Dr. Frederick Lipking, a prominent dentist in West Los Angeles.  She fell in love with his son, F. Cole Lipking, whom she married, and had 60 full years of a love story marriage, until Cole’s passing in 2008.

Joan was a unique woman: she was involved in Eastern Star, PEO, Boy Scouts, PTA, Rainbow Girls and was an active member in the Methodist Church of West Los Angeles. She contributed her time and resources in many different venues.

Joan was a gardener, a planter of many trees, flowers and plants, which she and Cole planted when he retired. The garden she grew for many years become a beautiful paradise for her entire family, neighbors and friends to enjoy.  She grew her family like her garden, she dug deep and with lots of hard work and strong loving hands, she cared for numerous people and animals that crossed her path.

In December of 2012, Joan saw a commercial for Ihop’s strawberry-stuffed pancakes and called Edmund Heath, who lived near Ihop, to go with her.  They and their spouses had known each other through the Masons for many years, and both were widowed.  Edmund wasted no time and started taking her to wonderful lunches and dinners.  They were best friends and were married in July, 2013, when she was 84 and he was 85.

She is survived by Edmund Heath, of Santa Rosa Valley. They have had a wonderful, loving 8 years together enjoying the beautiful magical garden of the home.

Services will take place at Conejo Mountain Funeral Home on Saturday, November 27, 2021:  Viewing from 11:30 to 12:15, Funeral service will begin at 12:30, followed by a gravesite service, and a reception immediately following.

In lieu of flowers, donations may be made to:  The Michael J. Fox Foundation for Parkinson’s Research or the Ventura County Animal Shelter.